Put in a no-advance-notice call to Mark for a spontaneous trip to the Winchester Lookout, located in the vicinity of Mount Baker.

30 minutes later he pulled up into the driveway and off we went.

10 minutes later we spied a drunk driver almost run off the road three times in less than a mile and almost wipe out an unsuspecting pedestrian. Time out for a call to 9-1-1 before continuing to the trail head without further incident.

Weather was spot on.
Bugs were just doing fly-by's, but weren't being a nuisance at all.

The road was in its usual condition but we made it all the way to Twin Lakes with a Subaru Outback without bottoming out whatsoever. Thank goodness... saved us a lot of road walking in the sun.

At the Twin Lakes trail head we encountered about four other vehicles, including a Honda Accord.

Snow covers the road at the last corner to the lake, right by the privy if you've been there before.

The trail was easy to follow, with a number of short snow crossings where you could see the trail emerge on the other side.

One of the Twin Lakes

Snowfield in upper right is the steep snow crossing

Snack Break with Larrabee Pk in the distance

Looking down on Twin Lakes from trail to LO

There were two steep snowfields as we reached the upper end of the switchbacks above the lake. We were able to skirt around the bottom of the first one and then safely crossed the second one with ice axes in hand.

The second snowfield ends in a moat that's probably 8 feet deep but it was easy to cross with a little time and caution.

Before we knew it we were at the Lookout.

Photos inside the LO

Lookout signage... what is the arrow pointing to?

Snack with a view
Descent on the trail was uneventful.

Descent on the road was also uneventful, although we were surprised to see a 4WD red truck with a young male driver pulled over by a Law Enforcement SUV while we were still about 2 miles away from Hwy 542. Very unusual in that situation.

Fantastic day for a short notice trip. Thanks for joining me Mark!

****There is a work party scheduled for the weekend of August 7th, 2010 by the Mount Baker Club. During that weekend the Lookout will not be available for use or overnights.****

My Favorite Hangouts on the Web 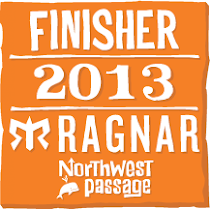 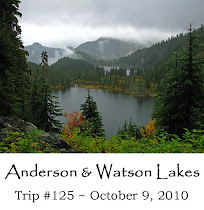 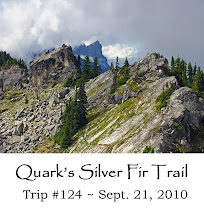 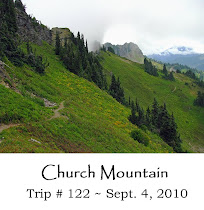 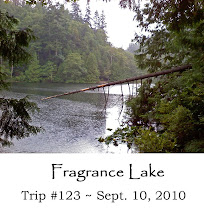 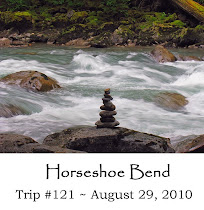 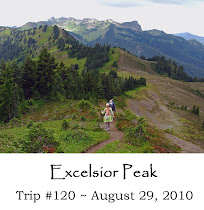 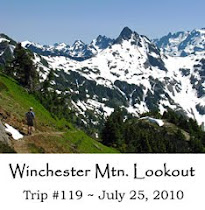 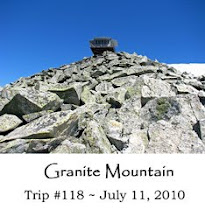 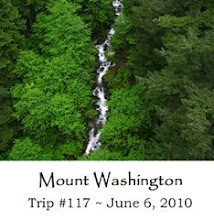 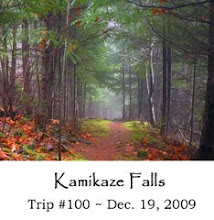 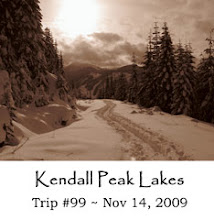 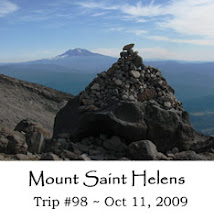 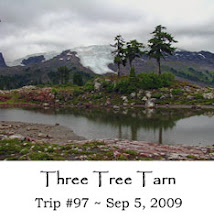 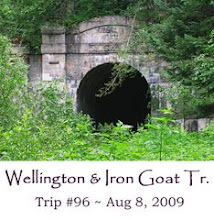 The Haystack atop Mt. Si 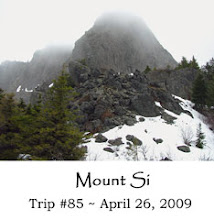 Cedar Lake in the Chuckanuts 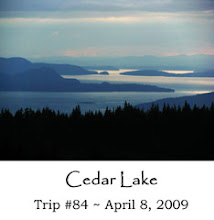 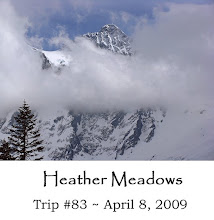 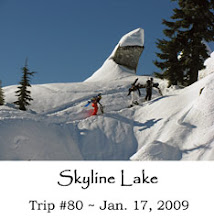 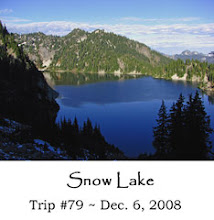 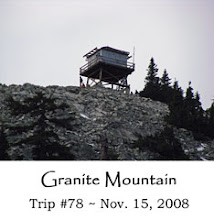 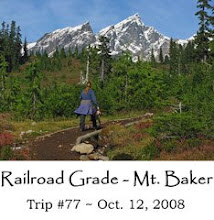 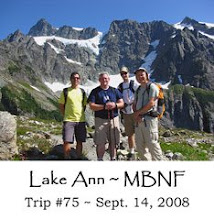 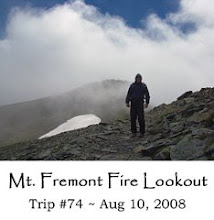 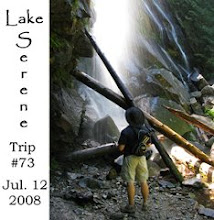 Lk Serene, Bridal Veil Falls and a Mine